If you’d like to work with the Loose Seal team, shoot them an email at hello@loosesealproductions.com 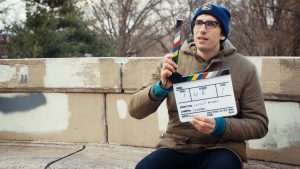 Lucien Flores thinks he's cool because he's from New York City. He lost his first tooth in the US Capitol building.

Aside from writing and directing, Lucien has taken on many filmmaking jobs -- from freelance editing promos for Nickelodeon to production coordinating on A24's "Menashe" and interning at far-too-many production companies before that. He graduated from Boston University in 2014. 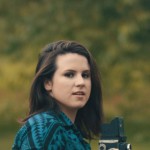 Born a poor British boy in Liverpool, England, Michela first gained traction as a member of the greatest rock band of all time. Since then, Michela has pursued film with a dream to make a film that intersects Monty Python with "Lawrence of Arabia."

Since graduating from Boston University with a degree in Film & TV, Michela co-founded Loose Seal Productions to pursue this dream and settle an old score. She was also the associate producer on The Boston Globe's documentary, "5 Runners," which aired on the New England Sports Network.